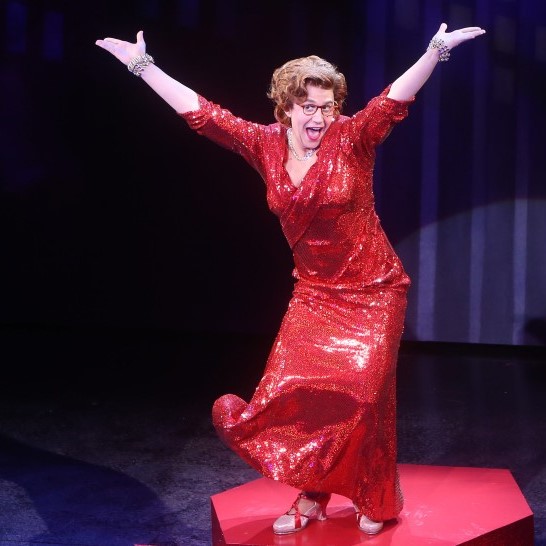 Join us for the hilarious new musical comedy "Tootsie" in Boston!

It’s “far and away the funniest musical of the season” (Daily News). It’s a laugh-out-loud love letter to the theatre, based on the 1982 Oscar-nominated film. Featuring a Tony-winning book by Robert Horn and an outrageously clever score by 2018 Tony winner David Yazbek (The Band’s Visit, Dirty Rotten Scoundrels), this New York Times Critic’s Pick is a “hilarious, thoroughly modern TOOTSIE  ” (People Magazine).

Michael Dorsey is a skilled actor with a talent for not keeping a job. Desperate and out-of-work, Michael makes a last-ditch effort at making his dreams come true...by disguising himself as actress Dorothy Michaels. In a meteoric rise to Broadway stardom, Dorothy soon has audiences falling at her feet while Michael (disguised as Dorothy) is falling for his co-star, Julie. It isn't long before Michael realizes that maintaining his greatest acting success is going to be much harder than he expected.

Orchestra seating for the 1 PM show at Boston Opera with free time before the show at the Prudential Center for lunch on your own.

$75 per person deposit due upon reservation, balance due 45 days prior to tour.  Non-refundable unless your ticket is resold.

Cancellation Protection is available for this trip for $14.00 per person